we will bring DANCE to your life! 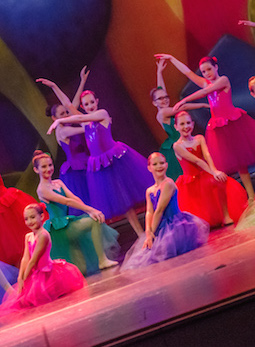 All Levels of Experience 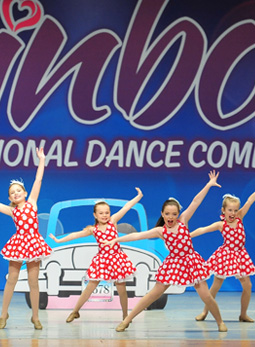 Honored in regional and national dance competitions as well as receiving numerous awards since 1986.
About the Team 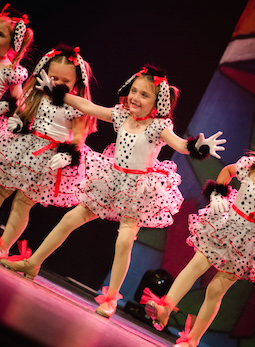 The Best Classes and Instructors at your service

To help you achieve your dance goals

When I met Grayce, she gave me the training I needed and led me in the right direction to become a professional dancer. Thank You, Grayce, for giving me the push I needed. Grayce DeWitt Dance Studio will always be my home!

After attending the University of Kentucky, I joined my Aunt spending six years as a teacher and choreographer. In 1992, I returned to Lexington and opened Gotta Dance Studio, Inc. As an accredited member of Dance Educators of America and Dance Masters of America, I have developed a unique preschool program and competition team. I know teaching at GDDS contributed to my success and am thankful for the opportunity to have worked with the studio.

My dance education at GDDS has enabled me to do many things, from teaching to choreographing to performing. As a classically trained ballet dancer, my move to the Grayce DeWitt Studio allowed me to learn something that I had not learned thus far... how to entertain. You can make a living as a dancer, and Grayce helped me see that was possible!

Say hello to your

Franco Baleto has been a street dancer his entire life. Born in Dallas, Texas, Franco grew up break-dancing and competing in talent shows and battles. Following in the footsteps of Barry YoungBlood, Franco began dancing with GDDS seven years ago. He strives to encourage his students to open up and feel the music. The F in Franco stands for fun. He enters a room and never leaves a stranger. He credits his performance with the “American Idols Live” in Branson, Missouri as one of the most inspiring moments of his life. In addition to teaching hip hop and performing, Franco works as a volunteer for the Fort Smith Girls and Boys Club. He also

Madysn became a student with GDDS at the age of 15, studying ballet, pointe, tap, jazz, lyrical and hip hop. She was a member of DANCE est Joie, Inc. for three years, competing in Tulsa, Branson, Bentonville and Joplin. She has studied with Darryl Retter, Janice Barringer, Becca Retter, Keri LaGrand and Barry Youngblood. She has performed with the Moscow Ballet Great Russian Nutcracker, Fort Smith Little Theatre, Mayor’s Honors for the Performing Arts, and the Miss UAFS Scholarship Pageant. Madysn placed 2nd runner-up, winning the talent and poise and composure awards in the Miss Vian Jr. Miss Scholarship Program. She is a licensed

Jami began training in 1987 as a gymnast with Gymnastics Academy of Rockford, Illinois. Training into an elite level and earning numerous awards with GAR from ages 10-16. Jami trained as a dancer with the Rockford Ballet Company in ballet, ballroom, and Middle Eastern dance under the acclaimed national competitor, Amarise. She was a member of the Rockford Lutheran Dance Team performing in various dance competitions, special events, and for the semi-pro basketball team Rockford Lighting. Jami moved to Tucson, Arizona, and continued training at Gymnastics World. Jami began teaching at Grayce DeWitt Dance Studio in 2007, when she moved to

Andrea began dancing at the age of three. She enrolled with GDDS at the age of four and became a member of DANCE est Joie, Inc. where she competed in numerous competitions. She performed in Western Arkansas Ballet’s “The Nutcracker” for 13 years, dancing the lead role of “Clara” for two years. Andrea was a member of the Northeastern State University Pom Squad in 1999-2000 and the Ballet/Modern group, GoVertigo Dance Company. She attended The University of Oklahoma where she auditioned and was accepted into the Ballet Pedagogy program under the direction of Mary Margaret Holt. Andrea has had experience in many various styles of dance

Robbi began “dancing with Grayce” at the age of three, and was a DANCE est Joie company performer for seven years. She was a featured dancer in the Barry YoungBlood hip hop video series. Robbi served as a staff member and choreographer for the National Cheerleader Association and National Dance Association. She was Oklahoma’s Junior Miss 1998, and was a National Fitness Winner at America’s Junior Miss. Robbi attended the Musicworks Dance teacher training school in Dallas, TX. A graduate of Oklahoma State University, Robbi is a teacher and cheer coach at Sallisaw High School and Sallisaw Middle School. She and her husband Jeff are the

Mary’s dance career began at the age of two with Nancy Nicholson and Linda Kent at the Newport School of Dance. She continued training under the direction of Ann Boyce, who specialized in Ballet and Pointe, and The Irby Studio, where she was a member of their dance company. Mary was a Universal Dance Association and National Dance Association All-American and Staff Nominee. While attending the University Of Arkansas, Mary was a dance instructor with the Williams Center before moving to Fort Smith. Mary has choreographed for DANCE est Joie and attended the dance conventions, Dancemaker, Inc., Tremaine, and DANCESHOWCASE USA. Mary graduated

Get started today and

Grayce DeWitt Dance Studio is a professional dance studio for instruction and performance. All instructors are professionally trained and belong to various dance organizations. All instructors have a love of teaching and want to share the joy of dance with children and adults.

To train dancers in the artistry of dance and through community service educate the public in the dance arts.